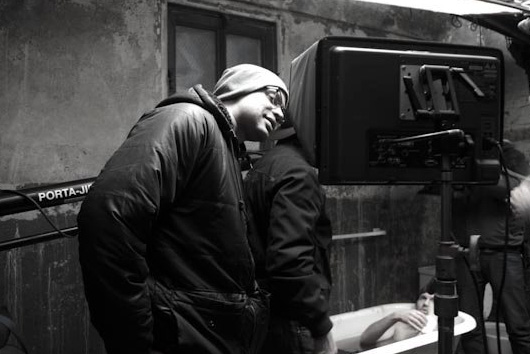 DAMON RUSSELL attended Georgia State University where he studied Film and Marketing. After graduating, he began working in television and produced a number of shows, including A&E’s The First 48 and MTV’s Made. In 2006, Damon directed the feature documentary The Cage which was acquired by IMG. In 2012, Damon directed the critically-acclaimed feature length film Snow On Tha Bluff. In the first week of it’s release, Snow was the number one most watched movie on Netflix. Damon has worked as a Producer with Shawn on all of
his short films.