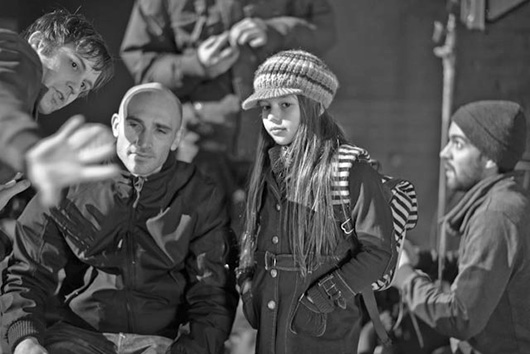 FÁTIMA PTACEK is a 12-year-old actress who has recently been cast in lead roles in several soon to be released feature films, including A Little Game, Anything’s Possible, Tio Papi, and The Miracle of Spanish Harlem. She is currently the voice of Dora, on Dora the Explorer. She has appeared in such TV shows as SNL (two appearances), Sesame Street (where she worked alongside First Lady Michelle Obama), A Gifted Man, Royal Pains, The Beautiful Life, and Body of Proof. Last year, Fátima made her stage debut, receiving critical acclaim for her performance as a troubled girl in the Off Broadway production “Love Divided By / Times Three.” Since launching her acting career five years ago, she has also appeared in more than 60 television commercials. She is represented by Abrams Artists Agency.

Fátima is also an accomplished fashion model whose face has graced magazine covers and billboards around the world; she can be recognized in dozens of ad campaigns and in high fashion work; and has experience walking the runway at such venues as New York’s annual Fashion Week. Aside from her work in New York City, Fátima has had memorable shoots in Paris, Iceland, South Beach, Los Angeles, and at various sites on the East Coast of the United States.

In her personal life, Fátima, who resides in New York City and attends and academy for intellectually-gifted children, is a competitive gymnast competing at USAG Level 7 and an accomplishes equestrian. Fluent in English and Spanish, Fátima is also studying Mandarin Chinese.